The Plains Public Library was organized in 1918 by Mrs. Fred Dudley and Mrs. J.M. Self.  The Library was sponsored by the Mother’s Club, which later became the Plains Woman’s Club.  The early Library was supported by a small city levy of 1 ½ mills and the proceeds from an annual Library Benefit evening in which every organization in town took part.

Miss Marian Coulter, daughter of the postmaster H.L. Coulter was the first Librarian.  She had taken a short course in library work in Anaconda.  Carrie Terrell, the current Director of the Library, is the tenth Librarian in the 95 years the Plains Public Library has been serving the area.

Mrs. G. A. Williams, an early day Chairman of the Library Board, zealously guarded anything pertaining to the morals of the Library, including personally reading every book before it was allowed to reach the shelves.  This entailed real work as the shipments of new books were usually a dozen volumes.

In the early years the Library was open two hours on Tuesday and Thursday evenings and three hours on Saturday afternoon from 2:00 to 5:00 p.m.  Mrs. Argo who was Librarian from 1925 to 1929 received 50 cents an hour which included the janitor work and building fires.  She depended upon fines from overdue books to buy the wood for the big wood burning heating stove.

The Library has been housed in three other places.  The first site was the McGowan building where the Masonic kitchen was located.  The next location was a room in the First National Bank building.  In 1937 upon completion of the City Hall, the Library was moved there and has remained there until the move to its present location at 108 West Railroad Avenue in April, 1985.

As early as 1955, the Library Board minutes record the Librarian pointing out that with the increased number of patrons using the Library, it is often crowded.  Through the years additional room has been a priority.

The Library took part in a State Library Extension program joining the Five Valley Federation of Libraries.  During this demonstration the Bookmobile made regular visits to Sanders County, out of Missoula.  Our Library received long desired children’s furniture and office equipment.

Our Library took part in another two year Library Services Demonstration, with Federal Funds available, becoming a member of the Northwest Montana Federation of Libraries.  The Library benefitted by receiving additional services and other items of equipment.  The bookmobile made its first visit to Plains, out of Libby on October 15, 1964.

By the time the Library had celebrated its fiftieth anniversary, the City Council was again approached about expansion.

The grant process for a new Library was begun and $20,077.00 was received through a Title 1 1 Grant.  A fund drive was started to match the grant money.  The old locker plant located behind City Hall and the Fire Hall were considered as possibilities.

The Library Board decided to purchase the vacant L & O Motors building on Main Street.  As in the early days most organizations in town took part in supporting the Library drive, by holding various benefits, with personal donations and other gifts.  Many people assisted with the moving process to 108 West Railroad Avenue where the Library currently resides.

First computer in the Library.

One of the first seventeen Libraries to form the Montana Shared Catalog.  All the libraries using the same cataloging system housed in Helena, Montana.

Updating of the old landscaping, pond installed, and building re-painted.

Celebration of 90 years of service to the surrounding community.

Free wireless internet service to the community.  One of the best purchases the Library has ever made.

Joined MontanaLibrary2go introducing our patrons to free electronic books for their ebook readers.

Joined the Partner sub-group of the Montana Shared Catalog allowing our patrons access to 28 other Library’s catalogs with free loaning of materials from all involved Libraries and returning items to their home Library free of charge.

Come in and see all of the changes that have happened to your local Library and check out all of the new services offered!

Participate in the 2020 Census 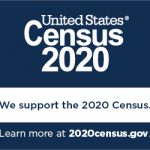